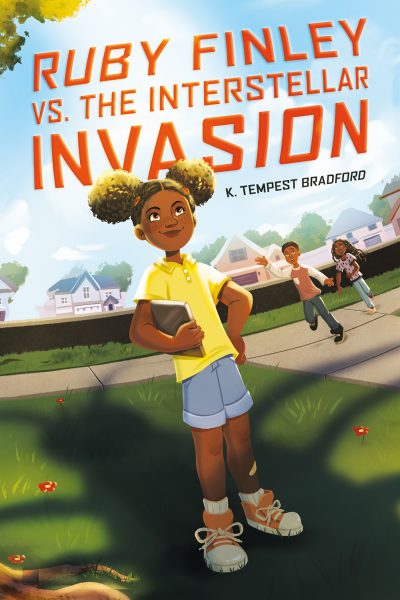 Eleven-year-old Ruby loves studying insects and would do just about anything to be an entomologist. So when she finds the weirdest bug she’s ever seen in her front yard, she does what any scientist would do: quickly capture it for further study.

But this insect is not your average bug. It doesn’t appear in any of Ruby’s bug books . . . And no online experts can identify it. Before Ruby can celebrate discovering a new species, the bug escapes! Soon, odd things around the neighborhood go missing, and no one’s heard from the cranky old lady down the block for nearly a week. Where did this weird insect come from, where did it go, and why has the neighborhood gone sideways? If she wants answers, Ruby will have to use her best tools—her brain, the Scientific Method, and a crew of neighborhood friends—to catch the strange bug before the feds do.

K. Tempest Bradford’s middle-grade debut is an action-packed backyard mystery full of true friendship, strange adventure, and kids getting into the best kind of trouble.

Pre-Order Ruby Finley vs. the Interstellar Invasion From: