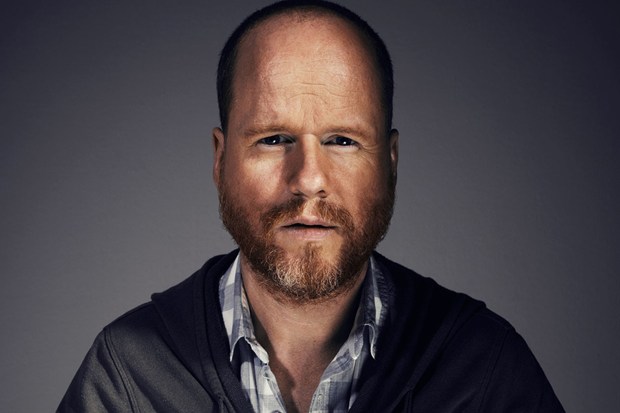 There are a ton of great articles examining Joss Whedon in the wake of Age of Ultron and plenty of crunchy debates to dive into because of them. In this piece, Sady Doyle illuminates something about Whedon that I’ve understood on a subconscious level but not been able to crystalize until now. To wit:

My ultimate take on Joss Whedon’s “feminist” screenwriting is that it’s a byproduct of good writing, period. The writer he most reminds me of is Charlie Kaufman: They’re both deeply personal writers, who clearly have a wide variety of sexual hang-ups, and to the extent that these hang-ups center on women, they probably do affect their perceptions of real-life women in many ways. Plenty of women have noted that Whedon’s fixation on emotionally vulnerable, eighty-pound teenage girls is disturbing and off-putting, and I would tend to agree. Charlie Kaufman’s apparent belief that a sexually awakened, self-realized woman wouldn’t need him, and would therefore abandon him to a hostile universe, is also kind of weird and upsetting, or (at least) a good reason not to ask Charlie Kaufman out on a date. However, because Kaufman and Whedon are good writers, who understand why stories work, when they sit down to write a story, they feel the obligation to make all of the characters identifiably human, including the women. This is, sadly, so rare that their female characters are often more well-rounded and interesting than almost any other characters out there, including a lot of characters written by people with better sexual politics.

When I read that a light shone down from heaven because YES. This is not just a Joss Whedon issue, it’s an issue with a lot of writers who hail from the land of privilege.

I (and others) have said many times that when you write stereotypical or downright offensive minority/marginalized characters, it’s almost always due to bad writing. If you’re a good writer, you don’t reach for the easy stereotypes, you don’t pull from the box of overused ideas, you aren’t a lazy thinker making lazy choices. And that often results in passable minority characters that might even be considered amazing and revolutionary1. Especially when compared to a sea of characters that are nothing but two dimensional offenses to all good taste.

When you’re thirsty in a desert, even cloudy, contaminated water looks great.

However, it will not always be enough. That situation is a place to start from, not a place to kick back in and pat yourself on the back for a job well done. Yet that is what many, many writers do. Whedon certainly seems to have done. As Ashly Nagrant points out, we’ve now had 20 years of Whedon doing the same thing over and over, coasting on his talent instead of building on it.

Joss Whedon has failed to evolve as a writer and a director. People who are longtime Buffy fans saw Age of Ultron and complained about how quippy the dialog was. That quality has always been part and parcel of a Joss Whedon project — it has long been one of his trademarks. When the question was how could people who loved Buffy be surprised by this, I could only venture a guess:

We are suddenly, sadly realizing Joss Whedon is a one-trick pony.

Don’t get me wrong, I still enjoy those tricks and there is nothing wrong with that! I am in no way saying that I haven’t enjoyed Joss’s work and won’t continue to in the future. But it does hit a point where it is almost 20 years since the debut of Buffy and you suddenly realize Whedon is just writing the same thing over and over again. No matter how much you like garlic bread, you can’t eat it all the time or you’ll get sick of it.

What’s the solution? Continuously work on becoming a better writer.

Pay attention to evolutions of thought on representation and be aware of the kinds of tropes that most media properties–be they TV, movies, or lit–engage in. Listen when your readers critique your minority/marginalized characters, particularly if they are the same identity as said characters. Accept people’s lived experiences as valid and learn from them.

Read books and articles on this subject. Writing the Other: A Practical Approach is an excellent place to start. Invisible and Invisible 2 are also excellent resources for delving deeper into representation.

Take classes and workshops that address this specific skill. Yes, I teach them, and so do others. Both in person and online. (If you want to find one, I can help with that!)

Read fiction by authors who have a reputation for writing amazing, deep characters. Examine how they do it, absorb it, learn.

Basically all the things you’re supposed to do to become a better writer, anyway. All the things truly great writers do, even after they’re hailed as being great.

If you’ve been reading my blog long enough, you know my feelings about the way rape is used in most fiction. If you’re unaware or have forgotten, please click over to my post here, my post on ABW, and my post on Jeff Vandermeer’s blog about the subject.

The bottom line of each of those is that I really do not like it when authors decide to have their female (and it’s almost always female) characters raped for bullshit plot or character development “reasons”. The kind of writers who do this are generally not very good ones since they have to use cheap tricks in order to show that the female character is “strong” or the male character is “evil” or to wink and nod to any reader out there who might think that a female character could possibly ever get away with being smart and confident and badass without being taken down a peg.

I also get angry at this trope because I firmly believe that it contributes to rape culture in a big way. When the message from fiction is constantly that rape is inevitable, especially if you as a woman step outside of the box of what is acceptable, and that’s just how it is. Whenever I suggest that authors just NOT include rape as an inevitable consequence of being a woman in fiction, I get told that this is completely unrealistic.

Thus, I am not at all surprised that this happened to author Seanan McGuire:

Last night, I was asked—in so many words—when either Toby or one of the Price girls was finally going to be raped.

Not “if.” Not “do you think.” But “when,” and “finally.” Because it is a foregone conclusion, you see, that all women must be raped, especially when they have the gall to run around being protagonists all the damn time. I responded with confusion. The questioner provided a list of scenarios wherein these characters were “more than likely” to encounter sexual violence. These included Verity forgetting to change out of her tango uniform before going on patrol, Toby being cocky, and Sarah walking home from class alone1. Yes, even the ambush predator telepath with a “don’t notice me” field is inevitably getting raped.

My response: “None of my protagonists are getting raped. I do not want to write that.”

Their response: “I thought you had respect for your work. That’s just unrealistic.”

Go and read the whole post, because everything that Seanan has to say in response to this nonsense is right on and should be read by every person ever, especially authors.

I’ve said this before and I will say it again: Writers, when you write fiction you get to create the world. Yes, even if are writing in the “real” world and not that of the speculative, you get to decide what happens to your characters and why. Spec writers in particular get to create stuff out of whole cloth, if they like. And more of them should choose not to bring rape into their narratives. Because if we want to create a world in which rape happens less, we need to show worlds where rape isn’t the inevitable consequence of being a woman.

Then maybe there won’t be readers out there who claim that no rape means a book is unrealistic. Because: really? Gross.