This year my role on the WisCon concom was as Nora’s guest of honor liaison. And one of the perks of that job is that I got first dibs on introducing her at various key moments, such as the night she gave her big speech. However, I wasn’t sure how such introductions go since I couldn’t remember the ones from past years. I asked Debbie Notkin and she suggested I could make it somewhat personal. Like the story of how we met (which was at WisCon). So, that’s what I did.

I never suspected that it would get such a strong reaction. Since a couple of people asked, I’m dropping the intro here for the folks who couldn’t be there.

Earlier this weekend I started to tell the story of how Nora and I first met. I remember it being at WisCon, she contends that it was at ReaderCon. But this is WisCon, and saying it happened at WisCon makes for a better story. So my memory wins.

We met at WisCon when Nora came up to me and, as way of introduction, said: Do you want to take bets on which of us gets mistaken for the other first? And I said: I’m not taking that bet because I’ve already been mistaken for Nalo Hopkinson today.

Back then there were only a handful of POC at WisCon–a generous handful, but the number was small. It was easy for Nora and I to remember each other for the rest of the weekend, and then later at ReaderCon, and then later online when we ended up arguing with the same people about the same stuff. Pretty soon she was blogging with me, then living in the same city as me, and then joining a writing group with me.

And let me tell you guys that I am so lucky to have her as a friend, and as a person I can turn to when I need writing advice or a critique. And I am super lucky that I sometimes get to read her stories and novels before almost anyone else. You’ve seen the announcement about that new book, The Fifth Season, coming out next year? I’ve read that book and it is awesome. Nanni nanni booboo.

Nora’s fiction is important for all the reasons why fiction written by a black woman from America is important. Representation is important. Our voices are important. But let’s not forget: her fiction is also damn good. I can’t tell you how many times I read the climactic chapter of The Hundred Thousand Kingdoms and every single time it gave me chills. I loved the other two books in the Inheritance trilogy, too. But then I got to The Killing Moon, first in the Dreamblood duology and there were ninja priests of death and it was AMAZING.

There are times when I can’t believe I know someone who writes that well. The worlds she builds and the characters she creates are vibrant and alive and, yes, diverse and full of people who look something like me. But anyone can find something of themselves in the pages of an N. K. Jemisin book. And that is why we’re celebrating her this weekend. Gentlefolk of WisCon38, please welcome to the stage your guest of honor: N. K. Jemisin.

Hugo Award nominations were announced yesterday and this shiny book got a nod in the Best Related Work Category: 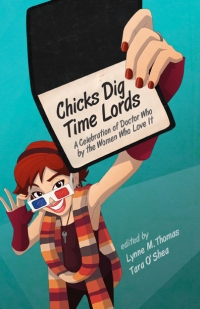 And, if I am allowed to say: well deserved! Lynne and Tara put together a really solid lineup and the fan response has been overwhelmingly positive. I hope that remains the case as Hugo voting commences :)

On equally happy notes, I see a lot of friends scattered throughout the nominations, but I wanted to give a special shout out to fellow Altered Fluidians N. K. Jemisin and Saladin Ahmed. Ms. Jemisin’s first book, The Hundred Thousand Kingdoms, is on the best novel list and Mr. Ahmed is up for the Not A Hugo Campbell award for best new writer.

I posted the whole list over on the ABW and noted that there are quite a few women on the list, more POC than I’m used to seeing, and many “new” or young writers, which is an achievement for the Hugos. Can’t wait to see how the winners balance out on these fronts.