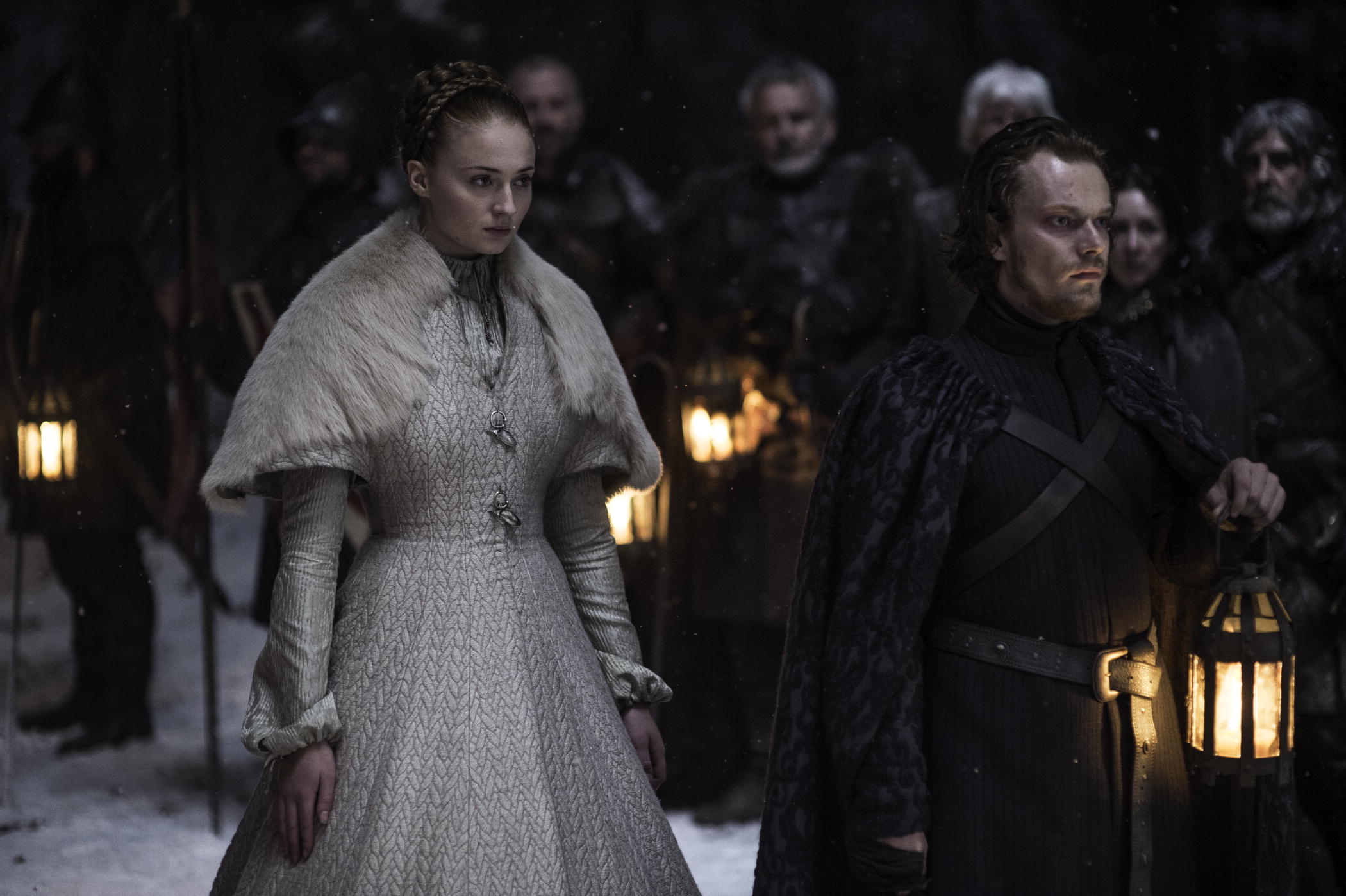 Once again, the showrunners for Game of Thrones added a rape to the TV show that isn’t in the books1 and, in doing so, managed to piss off a vocal slice of the fanbase. The reactions I saw on Twitter were vehement, with some even offering their condolences to George R.R. Martin for how the show has destroyed his creation2. The scene has re-ignited the neverending debate over the use of rape in fiction and media and specifically why Game of Thrones returns to it over and over.

One friend on Facebook3 posited that Sansa’s rape is justified by the plot and characters and filmed in such a way that it’s not titillating. They asked: “If that’s not an appropriate way to handle a scene of sexual assault, what is?” My answer is: Not having it there at all, in this case.

I’m not convinced that the rape was justified by the story and character arcs, especially since the showrunners put Sansa in this situation where rape is now the only way to upset her so much that she allows Brienne to come rescue. The writers could have avoided it instead of making it seem necessary.

That’s really the crux of this: writers don’t always have to make rape necessary to the plot.

Writers can choose to do things differently. A few days ago I came across this post on Seanan McGuire’s Tumblr about her “No Rape” rule:

I just wanted to say to you how grateful I am for your ‘no rapes’ clause on writing. My mum and I have very similar taste in literature and I found you about the same time she found Ilona Andrews so we’ve been swapping books to try them out and I’d never realised before how much the fear of assault hangs over me when reading fantasy. It’s shockingly common both in reference and in act and when dealing with anxiety it’s wonderful to have a safe book space to retreat into. Thank you.

That’s pretty much why it’s there.  I’m not saying “no one gets to write about this, ever,” but it’s not a tool I need when there are so many others for me to use.  Giving people a little peace is a joy. (If you wonder what this is in reference to, here: http://seanan-mcguire.livejournal.com/470626.html)

That reader’s reaction is key. It’s important to have fiction you can count on not to include rape because that element is so prevalent in other books and media. That’s a thing some people need.

All writers don’t need a No Rape rule. And I would never say that no one should ever include or talk about rape in their fiction. If you choose to do so, it should always be a considered choice. And even then it’s not going to work for every reader.

Sadly, “The Three Resurrections of Jessica Churchill” at Clarkesworld is not worth getting through the violent sexual assault in the middle.

That tweet inspired this post by Kelly Robson, the author of the story in question. She explains why she included rape in her story and lists all of the ways in which the story does not engage in the problematic aspects I point out in this post. And she’s absolutely right in that. Her inclusion and depiction of rape is not about quick and cheap character motivation, is not there to titillate, and is a considered choice. I also understand her reasons for needing to write that story.

I didn’t have a problem with her story on those grounds.

Though she interpreted my tweet to mean her story wasn’t worth reading, I meant what I literally said: it wasn’t worth that rape scene. It triggered me, and I didn’t feel that the story offered enough to make how much it triggered me worth it. It almost got there–Robson is a good writer, which helps–and for someone not as triggered as I was or not triggered at all, that story likely works just fine. For someone who would be triggered, maybe not. From the responses I got to my tweet at the time it seemed as though folks who also have issues with being triggered were glad to know this.

Any writer who decides to include rape in their fiction has to take that into consideration. You can do everything right in terms of how and why you include and depict rape and still some readers are not going to want it. As long as you’re aware of and fine with that, just keep doing the best you can. Some writers, like McGuire, make the choice to just not include rape at all, which is just as valid.

Right now I would settle for a lack of rape that’s included due to bad and lazy writing. If we can just eliminate or minimize that, I think we could have a productive and meaningful dialogue about the rest.

3 thoughts on “Further Discussions of Rape in Fiction and Media”