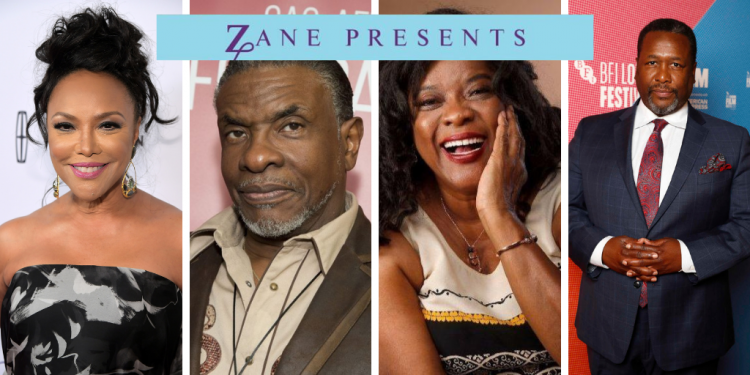 Do you know about the concept of “Black Famous”? One of my favorite TikTokers, @Straw_Hat_Goofy, did an awesome video series on Black actors that are very well-known within the Black community even if they aren’t so much in the mainstream. They’re known to us through TV shows and movies made for Black folks. Sometimes an actor who is Black Famous becomes mainstream famous, but us Black folk will always hold them dear cuz we knew and loved them back when.

There are tons of Black Famous actors that white folks have no idea about or maybe saw them in a thing once. White folks don’t necessarily see these actors as famous, and probably wouldn’t name them as being important. However, put that actor in something? Black folks will watch.

I’m sure every marginalized community has some version of this. It’s not limited to actors. It goes for music, dance, poetry, and (most importantly to this post), fiction. There are Black authors Black readers know and love that white folks have little to no clue about.

Example: Several years ago I was hanging out at the SFWA table at Book Expo America1. I noticed a Black-centric publisher table just down the aisle, and when I went to check it out I saw that they were Zane’s publisher.

I went back to the SFWA table all excited and said: Zane is gonna be right there in an hour!

All the people staffing the booth (white folk) were like: Who is Zane?

Archival footage of my reaction:

Most Black folks reading this knew exactly who I meant when I first mentioned Zane. Heck, several BIPOC in general probably knew. Zane is huge in the Black community. So much so that there’s a whole series of books called Zane Presents that are not written by her, they’re written by other Black romance authors. In the first set of books in that series Zane’s name was biggest on the cover because the publisher knew that name would get people to pick up the book and buy it.

If you’re white and not a romance writer or reader, you probably have no clue about Zane. Doesn’t mean she’s not well-known.

I told you that story to tell you this one.

Travel back with me through the mists of time to the distant year of 2007 when there was a small controversy over the cover of an anthology called “Eclipse One.” Folks in the SFF literary community were annoyed because the publisher (Night Shade Books) chose to list five contributor names on said cover, and all those names were of men. Even though about half the stories inside were by women2.

This was in the midst of a larger, years-long conversation in the community about the erasure or dismissal of women authors in the genre. When people cried foul about Eclipse One, the publisher responded that they chose the cover names based on sales numbers from (I believe) Bookscan. The idea being that Big Names with Big Sales would get more readers who see the anthology to buy it.

Many of us found this explanation lacking.

I proposed and then moderated a panel on this topic at WisCon that year. I wanted the panel to function as a kind of debate between Jeremy Lassen (one of Night Shade’s owners), authors who’ve been in the game for a while, and readers who were not writers, so we could get many perspectives on the issue. What ended up happening was everyone on that panel (including a woman author who was in the book) telling Jeremy that his decision was a bad one.

Another interesting thing that happened during the panel was that publishing professionals (not just Jeremy but also some powerful editors who “joined” the panel from the audience) would say:

Readers always do X
or
Readers never do Y

And the readers on the panel & in the audience would respond:

We don’t always do X
and
We often do Y

It was my first lesson in how publishing pros can be very out of touch with their audiences and the market, and also how they base their assumptions of audience wants/actions on their own without considering their biases. They shouldn’t do this, obviously. And yet.

One of the important things readers said about covers is that the names that go on them are the very first indicator to the casual reader of what’s going to be inside the book. So some women will look at all those dude names and think:

No women in this? I’ll pass.

Sure, they’d be wrong about the no women part, but that’s the point. The cover might turn them off for the wrong reasons.

If a reader looks at a cover and only sees men’s names, or white author names, or whatever, that’s a signal to them. Is that the signal you want to send?

Beyond that, this book sales numbers strategy fails to take into account “In-Group Famous.” Just because Gwyneth Jones or Ellen Klages or Kathleen Ann Goonan or Eileen Gunn don’t have sales numbers as high as Bruce Sterling’s doesn’t mean they won’t drive sales. The women in this anthology aren’t as mainstream successful as the men on the cover3, but they are successful and well-known and definitely have the ability to draw a reader in and make them flip to the table of contents.

If you must put only some names on the cover of an anthology, be sure you’re picking names that reflect the totality of what is behind that cover and also be aware of which contributors might be a draw for a specific group of readers due to their in-group popularity. Anyone who is still only using mainstream sales/popularity as the way to determine what names go above “and more” on the cover of an anthology isn’t taking enough factors into account4.

This issue isn’t limited to anthology covers. It’s also key when thinking about who to pick as guests of honor for conventions5, writing conferences, writing cruises, book events, and similar. Don’t discount an author or media creator because they aren’t considered a big name by you, white person/people.

And if you have the tiny amount of awareness to know that your con/event is too homogeneous and ask your BIPOC or other friend from a marginalized group for suggestions on who to invite? Don’t dismiss their suggestions with “But I’ve never heard of them,” or “I don’t think they’re enough of a draw,” as that response really pisses us off.

It is imperative that publishing professionals, con and event runners, and other people with this kind of power and influence learn about and take to heart the concept of “Black Famous” and understand that their viewpoint is limited, myopic, and biased, and will remain so unless they put in the work to change that or, at the very least, actually listen to people with different experiences and viewpoints with a real intention of gaining understanding.