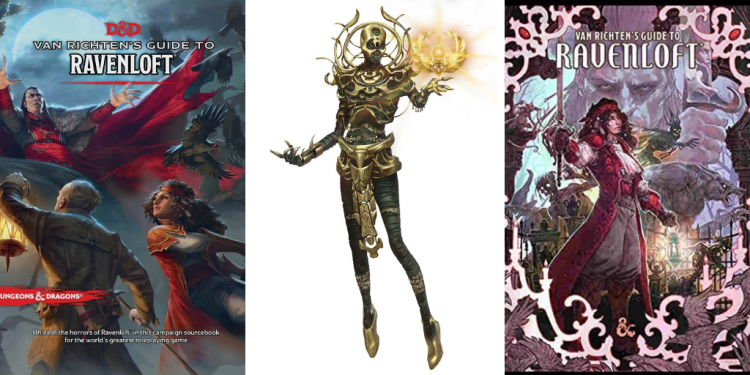 Van Richten’s Guide to Ravenloft is out in the world and already there are hundreds of gamers preparing their horror campaigns around it. I am still so excited to have been part of making this book along with a spectacular team, moreso now that it’s out and I’m seeing people’s reactions to it.

I worked on one of the domains, Har’Akir, which is a fantasy realm based on ancient Egypt. If you’re new around here you might not know that I’ve been researching ancient Egypt for years and years for fiction projects and that’s the main reason I was tapped for this. I loved getting the opportunity to reimagine the problematic aspects of the domain that were introduced decades ago based off of media depictions of ancient Egyptian culture and custom that were not very accurate or respectful.

If you’re interested in learning about Har’Akir before deciding to pick up the book, I have some resources for you!

A good starting point is Polygon’s piece on Har’Akir with F. Wesley Schneider, the book’s lead designer. Wes also did a deep dive for the Lore You Should Know series on Dragon Talk.

The book is getting great reviews as a whole, and this one from Altoholism mentions Har’Akir specifically. DnD Beyond has a TON of info (almost as much as the book itself).

What would D&D be without maps? Here’s Har’Akir, created by Mike Schley. 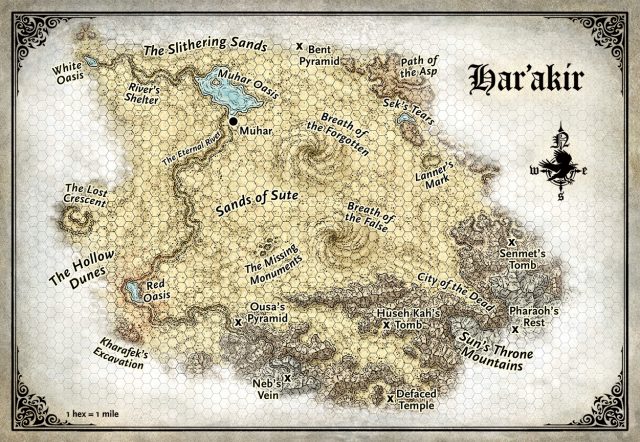 I had fun filling out this domain with more locations, such as the oases that aren’t Muhar (that one existed in previous editions), Ousa’s pyramid, and the Bent pyramid. Not pictured is the Labyrinth, which runs all through the desert area and to the various monuments and pyramids. It’s up to DMs to map that out. I imagine there will be a slew of great dungeons crafted from the description.

I also enjoyed playing around with the Dark Lord’s backstory. Look at this guy. 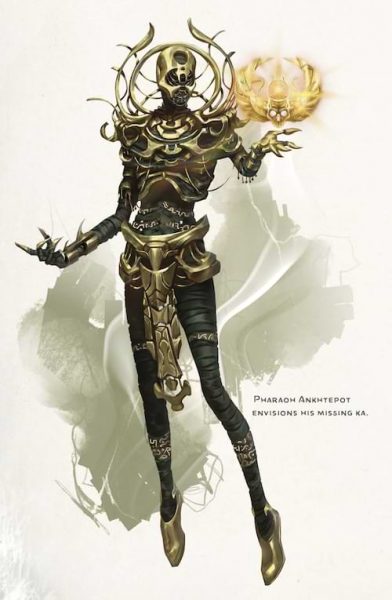 Be careful when you wish to be face to face with your gods and gain power from them at any cost, including murdering their favorite dude. You might not like where you end up 3,000 years later.

I had a hand in shaping the culture of people who live in Har’Akir. Those of you who know me will be unsurprised to discover music is a big part of it. When the inevitable Akkiran soundtrack comes out I will be putting it on repeat.

As much fun as I’m having now seeing people talk about the domain and things they want to do, I know I have years and years ahead of me seeing great fan art, hearing fan songs, and hearing about adventures set here. Please consider this an invitation to share all those things with me on social media. I definitely want to see!

And finally, a touching footnote. A few weeks before the book shipped, I was watching one of the Ravenloft previews and happened upon this image: 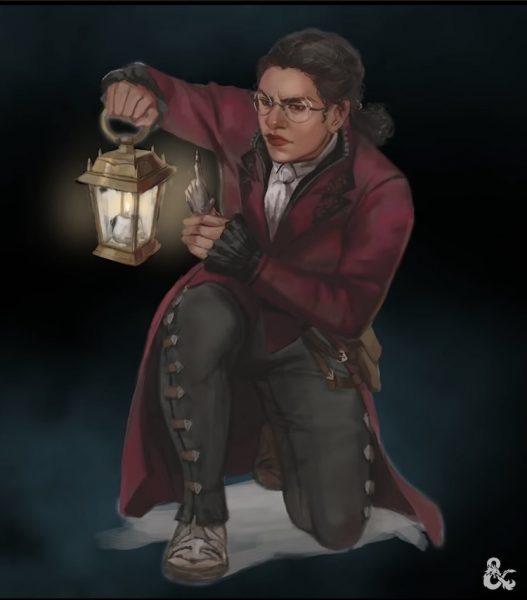 That’s ME! I shouted. She’s got my hair, my “What in the heck is THIS nonsense?” expression, and even my lipstick game! She isn’t a specific character (pre-pub several people speculated she was one of the Weathermay-Foxgrove twins), but can be found on page 35 under the “Investigator” character type. And she’s not the only person of color in the book or depicted in the art.

It fills my heart with so much joy that I can open a D&D book and find someone in here that looks like me, a not-skinny Black woman. This wasn’t on purpose, this is happenstance, which makes it even better. Games aren’t just for cishet white dudes, they’re for all of us, and the art in Ravenloft reflects that. As do so many other aspects of the book. The WOtC team did a phenomenal job with this project. There’s all kinds of representation, including groundbreaking representation. I hope this is a big step forward for more people being able to envision themselves in D&D and games beyond it.