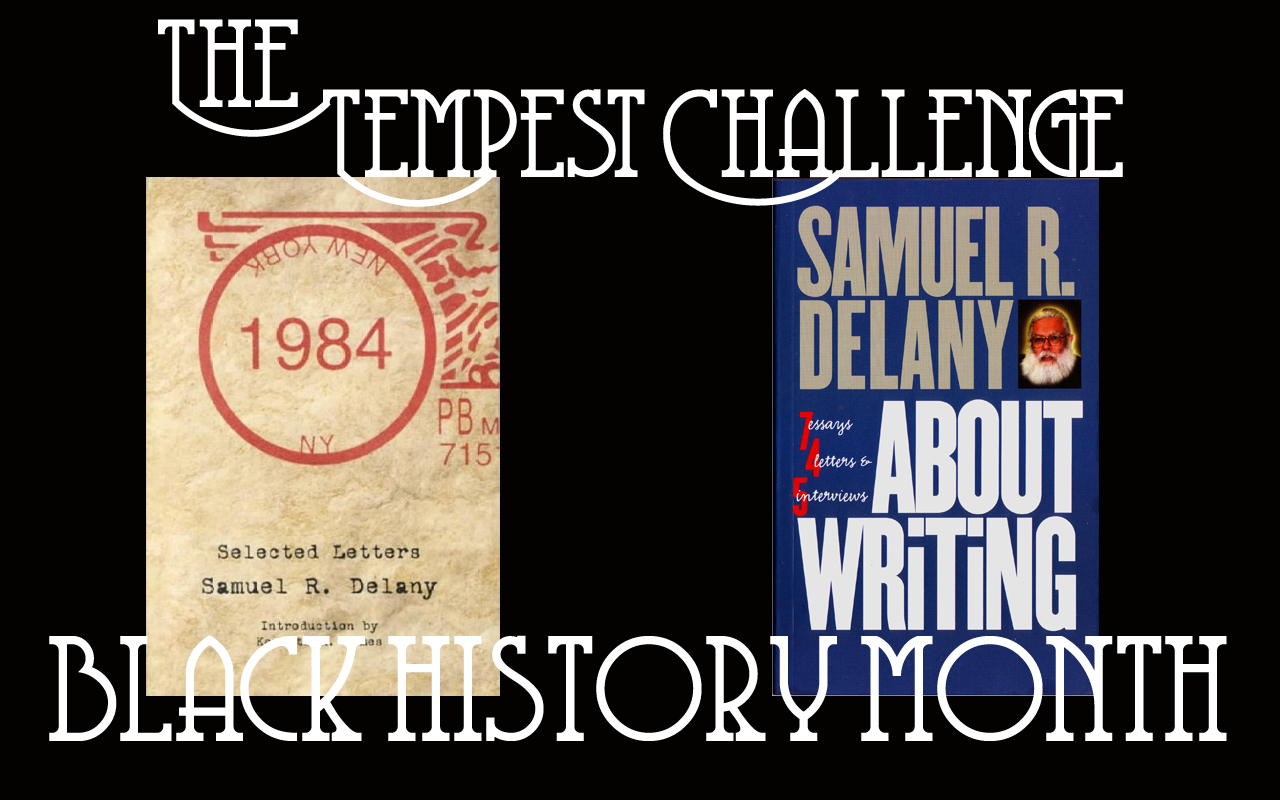 When I teach writing classes I always warn my students that they’re going to get tired of me saying “Samuel Delany says…” because Nisi and I quote him so often. Over the course of his multi-decade career he’s written almost as many insightful essays on writing as he has fiction. So his book, About Writing: Seven Essays, Four Letters, & Five Interviews, has a permanent place on my syllabus.

However, there’s one other non-fiction book of Delany’s that also had a big impact on my writing, and that’s 1984. It’s a collection of letters Delany wrote during this year and is the first book of letters I read that made me want to be a better letter writer. I wrote about it for NPR a couple of years ago:

Out of print and sometimes hard to find, this collection of 56 letters is worth the effort to procure. They chronicle a year of renowned science fiction author Delany’s life from his own perspective — we never see his correspondents’ letters — in a way that is part memoir-distant and part close-friends-intimate. The letters offer both a wide angle view of life in 1980s New York City, and a narrow window into the life of a working writer, IRS issues and all.

Been rereading this book thanks to the Month of Letters. One day I’ll even get around to posting about it. What always strikes me about Delany’s letters is how frank they are, no matter if he’s writing about sex or the realities of writing. I also appreciate that, when writing letters to friends about craft or books he’s reading, his casual, conversational tone makes his ideas easier for me to grok.

Delany’s essays are often like his fiction: brilliant, complex, and sometimes impenetrable upon first read. You’re highly rewarded for reading and rereading and gaining understanding, but sometimes it takes much work. This is why the Four Letters part of About Writing is the most well worn part of my copy.

Whether you’re interested in history, in the art of letter writing, or in mastering the craft of fiction, both of these books should be in your To Be Read pile.