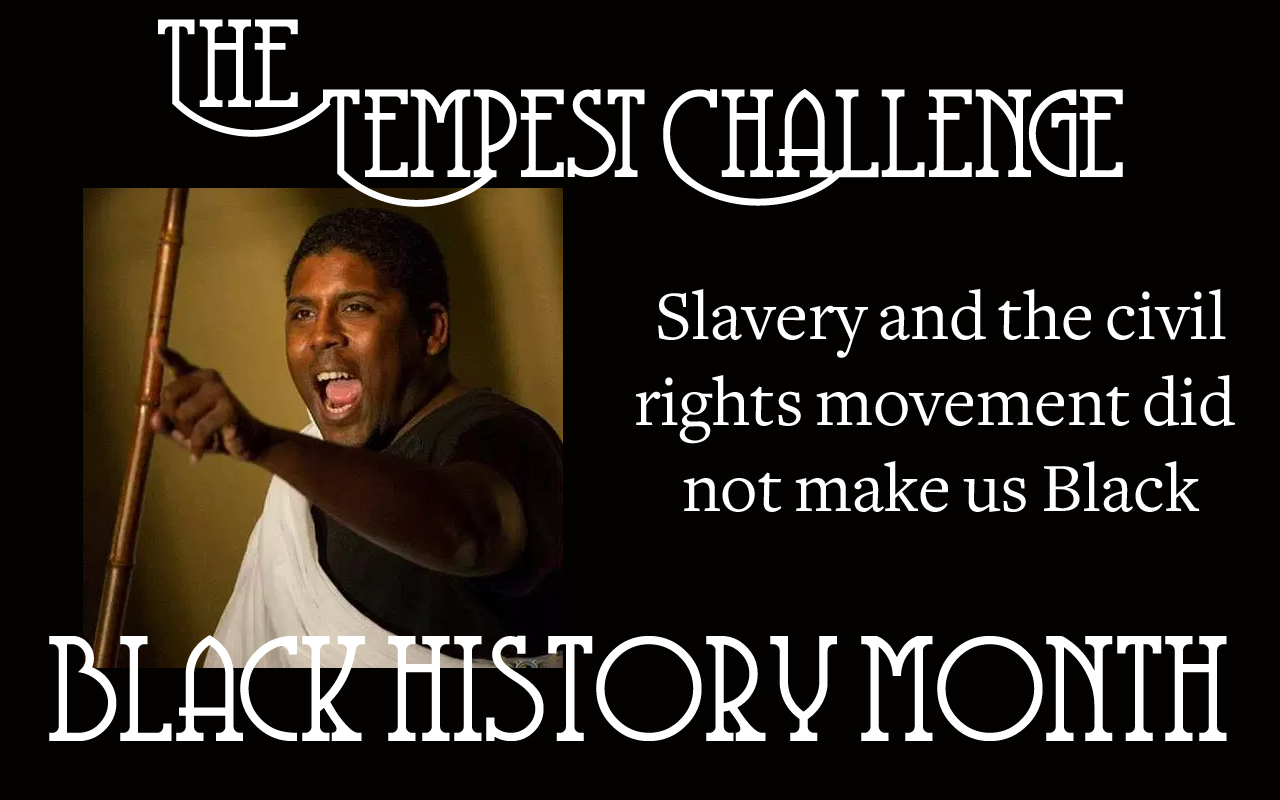 Poet Adam H.C. Myrie is as fed up with the limited scope of Black history learnings we get during this month as I am, and wrote a fantastic blog post exploring why Black Stories Matter:

A long time ago I remember watching American History X, a 1998 crime drama that followed the journey of a young man into, though, and out of the Neo Nazi movement. There was a particular scene in this film that stays with me even today. One of the main characters was a high school student sitting at the table with his father discussing his English homework. As he listed the books his class was covering, his father suddenly looked up from his plate and asked why great books are being exchanged for Black books. Let me say that again, he asked why GREAT books were being replaced by BLACK books. At the time, barely in high school myself, I simply brushed it off as an aspect of a character I was meant to dislike. The depth of what he said was completely lost on me.

Fast forward a few years later. Still in high school, I had left Canada behind and had made a new home in Jamaica. That year in English class, one of our required readings was a book called Things Fall Apart, by Nigerian Chinua Achebe. While I had a many years long relationship with stories from Africa in the form of folktales in children’s books and family histories from my late grandfather, this was different. This was the first time I had come into contact with a novel that not only told a story about Africa, but from Africa through the eyes of an African. My Jamaican English teacher, to whom I will always be grateful, shared with us a quotation from the late, great Mr. Achebe: ‘Until the lions have their own historians, the history of the hunt will always glorify the hunter.’ It was then that I properly understood the weight of what I had just read. After reading the novel, I thought about the line from that film and I understood why Black stories mattered.

Yes. This. All of it. Read the entire thing.

One line in particular from this post struck me so deeply that I want to stitch it on a T-shirt: “Slavery and the civil rights movement did not make us Black.”

Say that out loud.

Slavery and the civil rights movement did not make us Black.

Myrie’s blog came to my attention because, for Black History Month, he’s highlighting Black poets in his regular Poem of the Week posts. The most recent is the poem Black Iraqi Woman by Faleeha Hassan. Here’s a short taste:

He affirmed: “During a pressing famine,

I devoted myself to watching over every breath you took.

I would thrust my hand through the film of hope

To caress your spirit with bread.

You would burp, and

I would delightedly endure my hunger and fall asleep.

I could only find the strength to fib to your face and say I was happy.

I would feel devastated when you fidgeted,

Because you would always head toward me,

And I felt helpless.”